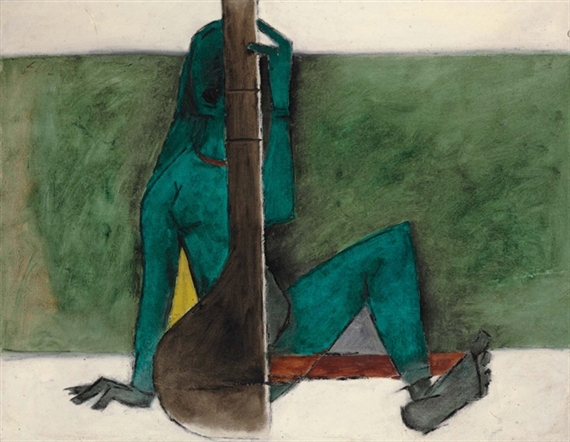 Do you often wonder why despite your musical talent and grooming you are not being able to win the hearts of the audience to the extent you would like to? Concert after concert, despite choosing the right composition and the right melody and putting up an impeccably solid performance you have still not won their heart.

Why is it so? You may think that it’s because you are not experienced or technically equipped enough to sway the audience. In all likelihood you are mistaken. Your talent, the training that you have received and hours of practice that you put in, have little or nothing to do with you being able to touch the audiences’ soul. Yes, it’s not about your technique and the improvisations that you do or the speed and dramatics that you display. It’s about who you are.

Sounds absurd and mystical? Well, step back and ask yourself, when you perform who is performing. Why are you performing? What is the motive behind your performance? You will see that it’s not you who is presenting the music. There is a mind-made concept of what you are, built brick by brick with your age old conditionings, seeking gratification of some unresolved needs that is presenting to the audience. Consider this to be like an insular coating on your true ‘being’ that can neither receive the life- force that your soul is incessantly emanating all the time nor sense and respond to the audience in the moment. And this comes in the way of expression of Swaratma – the soul of the melody.

If you truly want your musical expressions to seep through the senses of your audience and make a home in their hearts you need to dissolve this coating of your mind-made self and be able to make music happen. Like a hollow bamboo which makes music when wind of the Universal energy flows through it, you shall then become an instrument of the divine melody flowing through you. You will be a witness to the making of this music and how it enfolds and engulfs all those who are in the space where the music pervades, in a state of shared mindfulness.

This is possible. I have made it possible with a few who came with the restlessness to transcend the mediocrity of being just another performer. A few who were steeped in their reverence for and servitude to the sacred heritage of Indian music. They have come and seen themselves in the mirror that I have held for them and in seeing they have known that this is not who they wanted to be. They have been enabled to explore into their depths to uncover the past which is vitiating their presence and in discovering these contaminants they have got a glimpse of who they truly are. They, with me, have gone down the memory lane to look back at the moments when they were at their best and deconstructed these experiences to bring forth the immutable treasures that they carry and reconstructed a new musical reality for themselves. By going through such transformational experience, not only their approach to presenting music has changed but also the quality of rendition. It has become more spontaneous and soulful to the listener as much as more joyful for the performer. The music they present now is as I would like to term it ‘Swaratmik’.

Would you like to go through a similar experience too? If yes, write to me at Indroneil@swaratma.co.in or reachme@indroneil.com , and I shall be glad to accompany you in your transformational journey.